“I have nothing to sell. I am an entertainer. That is to say, in the same sense that when you go to a concert and you listen to someone play Mozart, he has nothing to sell except the sound of the music. He doesn’t want to convert you to anything. He doesn’t want you to join an organization in favor of Mozart’s music as opposed to say Beethoven’s. And I approach you in the same spirit as a musician with his piano or violinist with his violin. I just want you to enjoy a point of view which I enjoy.” Alan Watts

What is Earth Is A Stage?

Earth is a Stage is a lecture series dedicated to Game of Life coaching and personal development.

Using educational storytelling, scholarly and cinematic references, Earth is a Stage presents information, concepts, and theories from multiple branches of knowledge that include business, psychology, occult, and metaphysics to explore the nature of reality.

Earth is a Stage delivers structured peer-to-peer personal development coaching that aims to penetrate the constructs of race, religion, gender, sexual orientation, socio-economic status, and education level to reach the core “PLAYER” of each individual. 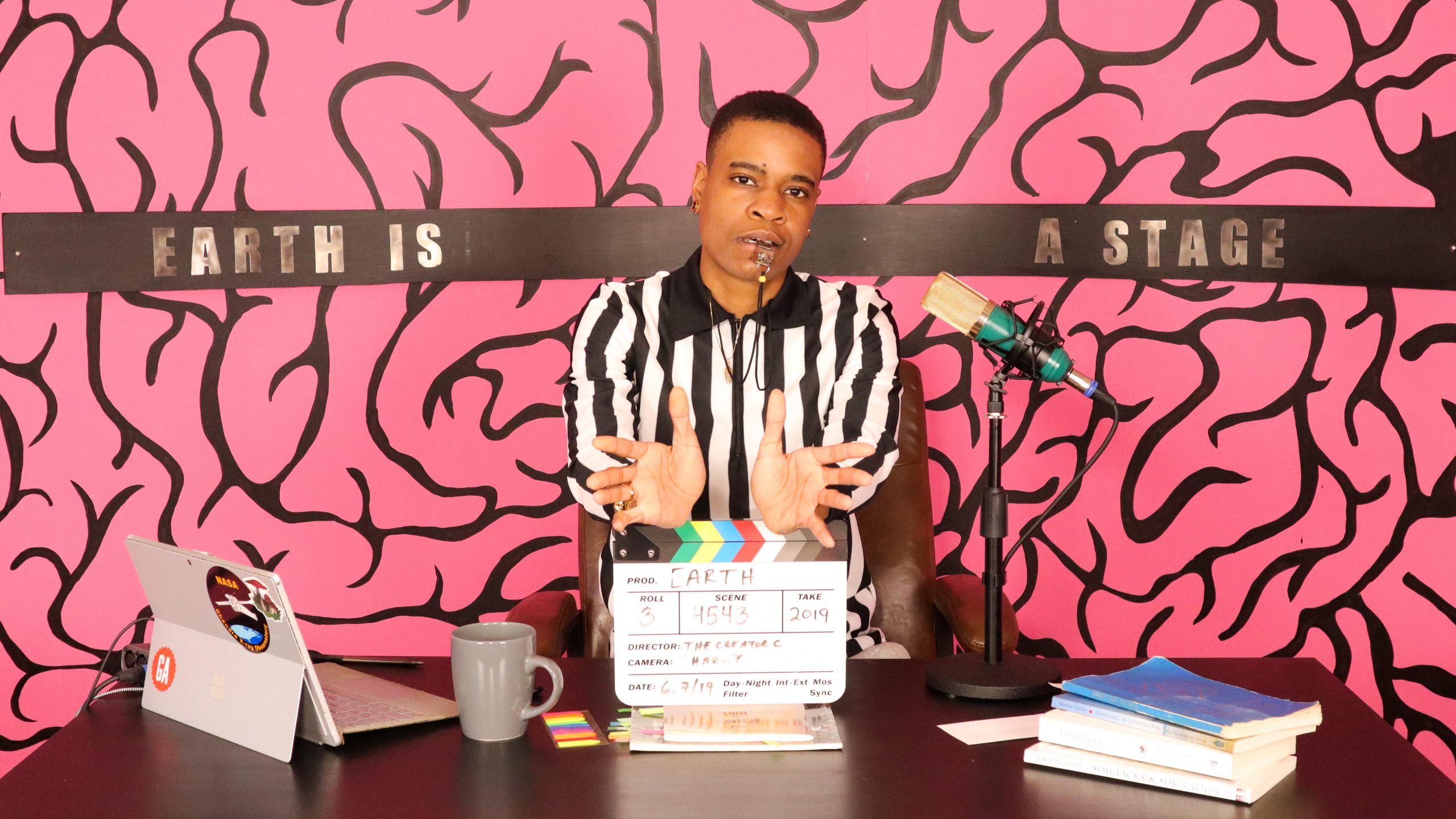 Cadeatra “The Creator C” Harvey is an American creator, educator, entrepreneur, and multidisciplinary artist.</p> <p>In late 2010, she launched her first micro-business, Generation of Dreamers. The e-commerce based apparel & lifestyle brand went on to be featured in boutiques in New York City, Los Angeles, Japan, and the UK. In late 2015, she founded Baltimore's gifted, an art & e-commerce initiative for youth artists. Simultaneously, she developed and piloted Baltimore's first mobile STEM program for a high-volume maker space.</p> <p>Her work in innovation, philanthropy, and the arts & culture industries earned her awards including 2017 social innovator of the year and her selection as one of the first american red bull amaphiko academy fellows in 2017.</p> <p>She has now answered the call to educate and coach others in reaching their full human potential as a personal development practitioner. she is an ipec, new ventures west, and *ICF certified professional development coach. She is currently developing a Game Based Learning board game system to improve the efficacy of therapy and life coaching.